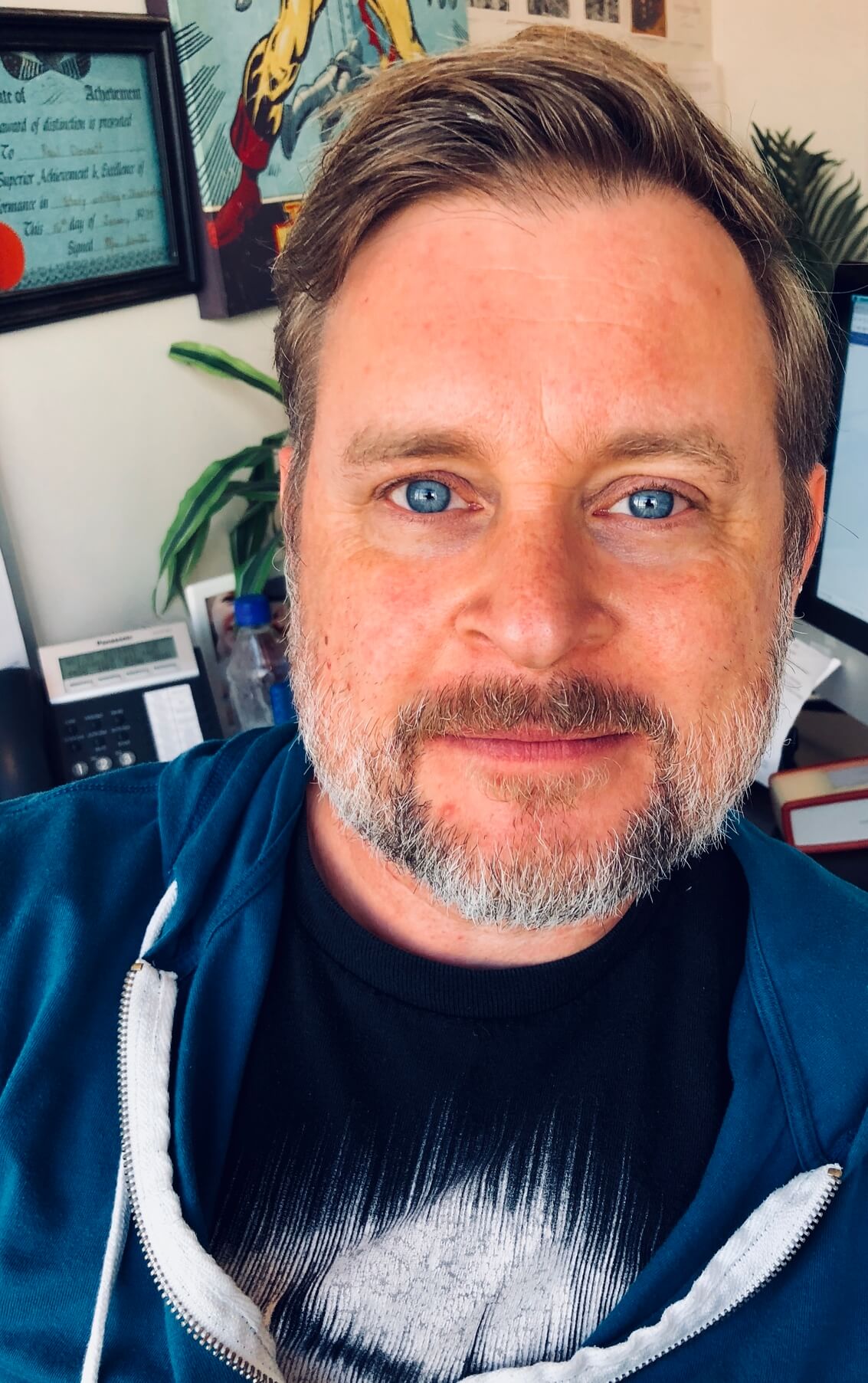 Paul Donnett wrote his first play at five, his first produced film at eleven, his first published short story at twelve, and has worked as a journalist for publications and blogs across Western Canada since serving as arts editor for Simon Fraser University’s The Peak at 19. He wrote and illustrated his first children’s book the same year.

An honours graduate of Vancouver Film School’s Writing for Film & Television program, he has since written, produced, directed and/or composed scores for independent film, online television, and corporate advertising. Co-host of Popkin Media’s Film Night with the Two Pauls and the Film Night podcast, he is also the head writer of the international graphic novel series, Shaka King of the Zulu.